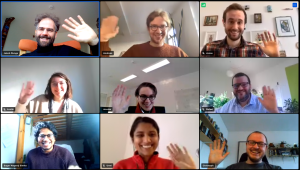 The group has members at two locations: At German Aerospace Center’s (DLR) Institute of Data Science in Jena and at Jakob Runge’s chair of Climate Informatics at Technische Universität (TU) Berlin as part of an ERC Starting Grant. 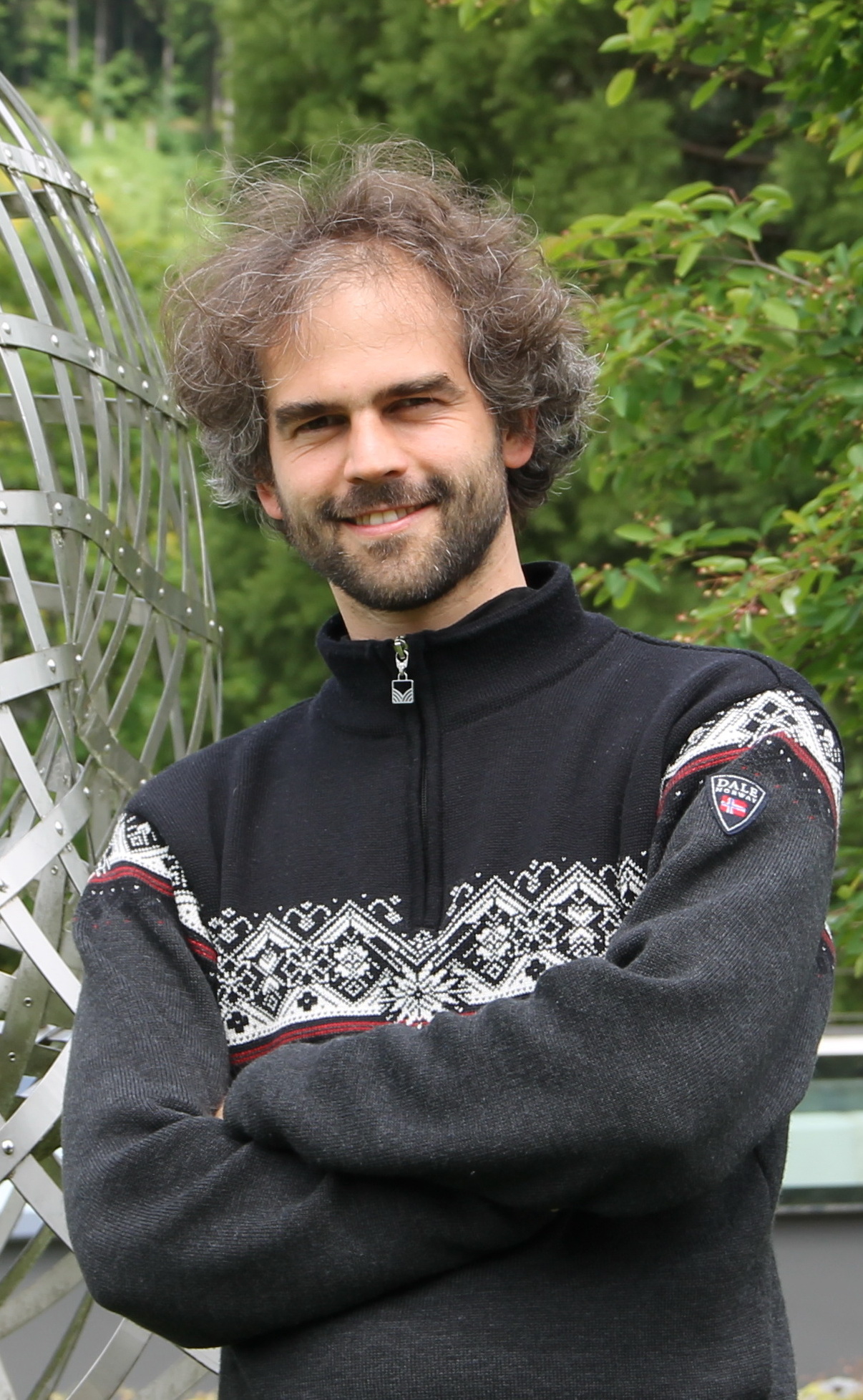 Jakob Runge heads the Causal Inference group at the German Aerospace Center’s Institute of Data Science in Jena since 2017 and is chair of Climate Informatics at TU Berlin since 2021. Jakob studied physics at Humboldt University Berlin and obtained his PhD at the Potsdam Institute for Climate Impact Research in 2014. For his studies he was funded by the German National Foundation (Studienstiftung) and his thesis was awarded the Carl-Ramsauer prize by the Berlin Physical Society. In 2014 he won a $200.000 Fellowship Award in Studying Complex Systems by the James S. McDonnell Foundation and joined the Grantham Institute, Imperial College, from 2016 to 2017. In 2020 he won an ERC Starting Grant with his interdisciplinary project CausalEarth.  [Picture © Mathematisches Forschungsinstitut Oberwolfach]

Andreas is a theoretical physicist who works on a broad range of topics in causal inference with a special interest in temporal systems and a focus on theory and method development. He studied physics at the University of Bonn, staying abroad at UC Berkeley for half a year. After obtaining his doctoral degree in physics from the University of Bonn, Andreas joined the Causal Inference Group at DLR in November 2019. During his studies and the work on his doctoral thesis he was funded by the German Academic Scholarship Foundation (Studienstiftung). In 2021 Andreas was a guest lecturer at the University of Jena where he taught a course on causal inference with applications to time series.

Urmi is a theoretical physicist who works on spatiotemporal causal inference as a part of the ERC project CausalEarth. Urmi obtained a Bachelor’s degree in physics from St. Stephen’s College at the Delhi University. She went on to get a Master’s and doctoral degree in physics at the University of Bonn. Since October 2021 she is a part of the Causal Inference and Climate Informatics group in TU Berlin headed by Jakob Runge.

Jonas is a mathematician working on causal representation and spatio-temporal causality within the ERC project CausalEarth. Jonas studied mathematics at Saarland University and the University of Copenhagen and earned his PhD at KU Leuven in 2018. Until 2022 he worked at the Hausdorff Center for Mathematics in Bonn and was a guest lecturer for probability theory at KU Leuven in 2020. He is also part of the interdisciplinary science outreach project Algoright. You can find his personal webpage here.

Wiebkes background is in mathematics and quality assessment of neural networks. She is working on causal inference methods for non-gaussian and non-stationary data distributions within the HGF project CausalFlood. Wiebke studied mathematics at Humboldt University Berlin from 2013 and obtained her Master’s degree in 2019. In 2022, she joined the Causal Inference group at DLR as a PhD student.

Rafael Vieira Westenberger is a mathematical economist interested in the theoretical underpinnings of causal inference. His goal is to improve statistical estimation methods within causal frameworks, some of which are commonly used in the context of climate science.

He was awarded a bachelor in Economics (2017) from UFRJ, the Federal University of Rio de Janeiro and a masters in Mathematical Economics (2020) from IMPA, the National Institute for Pure and Applied Mathematics. In September 2020 he joined the German Aerospace Center’s (DLR) Institute of Data Science to work as a PhD student within IMIRACLI, a European Union funded Innovative Training Network.

Nicolas is a Mathematician and works on combining causal discovery with filtering techniques for time series. The goal is to develop a theoretical and methodological framework via which causal relationships can be detected across different time-scales. Such a framework will hopefully be relevant in applications to the climate science in that it will reveal insights on the dynamics of selected processes in the climate system.

Nicolas holds a Bachelor degree from the Technical University of Munich (2018) and in 2020 he finished his Master studies at the University of Copenhagen where he focused on Algebraic Topology.

In February 2021 he joined the Causal Inference group at DLR and started working on his PhD project which is also associated with the EU funded international training network IMIRACLI.

Simon is a computer scientist and engineer working on causal representation learning for climate data. He is interested in developing unsupervised machine learning algorithms, which are informed by physical knowledge, to learn causal representations of spatio-temporal climate data. The goal is to obtain representations from high-dimensional data that lend themselves to causal modelling and reasoning, ultimately improving our understanding of the underlying dynamics of the climate system.

Simon obtained his Bachelor’s degree in mechanical engineering in 2019 followed by his master’s degree in robotics in 2022, both from ETH Zürich. In July 2022 he joined the Climate Informatics group at TU Berlin as a PhD student.